The sustainability areas also contribute to the Group working on parts of the Global Goals for Sustainable Development (SDG), which is part of Agenda 2030.

The idea of a circular material flow (or recycling of material) arose in connection with Skrotfrag AB being founded in 1972. The company started by collecting scrapped cars and pressing them to be able to send to a fragmentation plant where the iron in the cars became new raw material. 45 years later, the view in society has changed and Skrotfrag AB is at the forefront of recycling iron (ferrous) and other metals (non ferrous) into renewable raw materials that are sent to various recipients such as smelters in Europe and Asia.

The material (scrap and vehicles) that comes to one of Skrotfrag AB's 23 branches in southern and central Sweden is collected from municipalities, companies and private individuals. The material is sorted, possibly cut into smaller pieces and if it is a vehicle, they are decontaminated before everything is sent on to one of Skrotfrag's two production facilities.

Read more about the global goals in the following paragraphs about how Skrotfrag AB is a partner in various sub-goals: 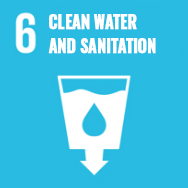 By Skrotfrag investing in various purification techniques for outgoing stormwater to the recipient / municipal network, the water quality according to goal 6 is improved:

6.3 – By 2030, water quality will improve by reducing pollution, stopping dumping and minimizing emissions of hazardous chemicals.

As municipalities, companies and private individuals become more aware of the possibility of recycling materials, scrap is handed in to the various branches. Road transport is used to move materials within Sweden, and shipping is used as a raw material for transport.
When transporting on roads, conveyors with Euro6 engines, well-filled containers, co-driving of materials and, as far as possible, return transports are used to minimize empty transports. The above is done to reduce emissions of carbon dioxide into the air.

The largest amount consumed by a single chemical product is diesel for machines at the branches. In order to minimize emissions to land or water, diesel tanks are protected and have collision protection. The cisterns are double-jacketed, equipped with overfill protection and stand on a hardened, tight surface that is connected to an oil separator.
Other chemicals are embedded and nearby there are absorbent materials to minimize the risk of emissions to soil and water.

To minimize the risk of emissions to air at the fragmentation plants, there is a treatment plant in the form of cyclones. Checks are performed twice a year for each plant for control of outgoing flue gas flow to air. The controls show that the measurements are low under set conditions.

In order for the surroundings not to be disturbed by noisy activities, Skrotfrag has partly carried out noise investigations and partly within some branches set up noise protection.

Back to the overview of ALL global goals